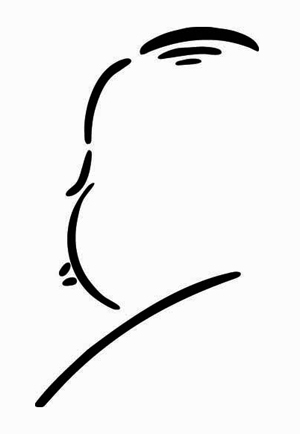 In celebration of the holiday I created a quiz to exercise your neurons. Can you match the Alfred Hitchcock character w/ the personality disorder? Summaries and disorder descriptions are listed below (from the DSM IV). If you want to skip straight to the answers click here.

Dissociative Identity Disorder: “The essential feature is the presence of two or more distinct identities or personality states that recurrently take control of behavior.”

“Essential feature is an inability to recall important personal information, usually of a traumatic or stressful nature, that is too extensive to be explained by normal forgetfulness.”

“Essential feature is a pervasive pattern of disregard for, and violation of, the rights of others.” (DSM IV)

“Essential feature is a pattern of pervasive distrust and suspiciousness of others such that their motives are interpreted as malevolent.” (DSM IV)

“The essential feature is a pervasive pattern of instability of interpersonal relationships, self-image, and affects.”

As a photographer with a broken leg, L.B. Jeffries takes up the fine art of spying on his Greenwich Village neighbors during a summer heat wave. Things really begin to get hot when he suspects a salesman may have murdered his nagging wife and buried the body in a flower garden. He actively enlists the help of his girlfriend to investigate the highly suspicious chain of events. Events that ultimately lead to one of the most memorable and gripping endings in film history.

Strangers on a Train:

Guy Haines, a tennis star who hates his wife, is approached on a train by a stranger, Bruno Anthony, who hates his father. Anthony offers a plan: each could kill the other’s victim. No motive, no clue would link the two murders save the casual meeting of strangers on a train. Haines doesn’t take the plan seriously, however, until his wife is suddenly murdered, and Anthony appears to demand that Haines keep his part of the bargain.

Two friends strangle a classmate and invite his family and mutual friends to dinner–with the body stuffed inside the trunk for a buffet table. Inspired by the Leopold-Loeb murder.

Scottie Ferguson, a San Francisco police detective is forced to retire when a freak accident gives him a severe case of acrophobia. Ferguson is hired by a rich shipbuilder to follow his wife who is behaving suspiciously and might be planning suicide. He falls in love with her, she is later murdered and Ferguson becomes obsessed with his desire to re-create her in another woman.

A female psychiatrist protects the identity of an amnesia patient accused of murder while attempting to recover his memory.

Horror melodrama in which a woman disappears after spending the night in an isolated motel which adjoins an eerie Victorian mansion, inhabited by a disturbed young man and his mother.
Image Credit: http://lavonardo.net/blog/2009/08/14/happy-birthday-alfred-h/
Alfred HitchcockHalloweenMovie TriviaPersonality Disorders