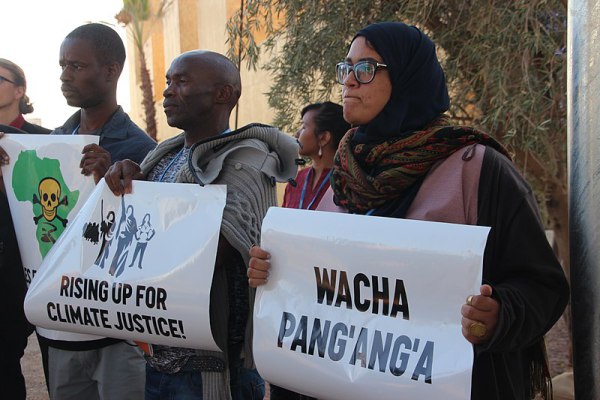 Data on social conflict now comes in a clean, flat, .csv file with any number of IV/DV combinations ripe for the picking (or analyzing) thanks to Dr. Cullen Hendrix’s  collaborative endeavor with researchers at the University of Denver and from the University of North Texas. Nearly a decade since its inception, the Social Conflict Analysis Database(SCAD) project was given the 2017 J. David Singer Data Innovation Award by American Political Science Association for being this year’s “best data contribution to the study of any and all forms of political conflict” (APSA). Today, researchers have the opportunity to combine, juxtapose, and differentiate information on nearly 20,000 social conflict events in Africa and Latin America with approximately 50 attributes per episode (think of the statistical power!).

Last week I had the opportunity to sit down with one of the co-parents of this brainchild, Dr. Cullen Hendrix, to learn more about this nationally recognized achievement.  Dr. Hendrix is a professor at the Josef Korbel School for International Studies and researcher at the Sié Chéou-Kang Center for International Security and Diplomacy. His current work “focuses on the political and economic consequences of environmental degradation and climate change for peace, security, and stability in the developing world, with a particular emphasis on Africa.” (About). During my conversation with Dr. Hendrix I was specifically excited to learn about the involvement of DU graduate students on this project!

The SCAD project was conceptualized in 2008 and officially released in 2011. It serves as a resource for exploring various forms of social and political unrest in Africa and Latin America that are not covered in traditional datasets (think smaller-scale events such as protests, strikes, and riots). Information is aggregated via media reports from LexisNexis and manually coded into the database by a team of researchers. The project provides a robust repository for researchers seeking to explore a variety of different avenues of inquiry surrounding global social conflict. This year new variables were added which include information on women’s participation, gender, and sexual identity. Funding was provided for the first six years by the U.S. Department of Defense and is now being supported by a grant from the Carnegie Corporation.

An Open Environment for the Public Good

In academia, it’s an unfortunate reality that data is often hoarded by researchers in order to avoid getting scooped by competing scholars. In creating SCAD, Dr. Hendrix, Dr. Salehyan, et al. took a risk; they chose to make data available as soon as it was cleaned and ready for analysis. While there was definitely the possibility for researchers to get the jump on Dr. Hendrix with this approach, he stated that it actually turned out to be an effective way to drive interest to the data project and resulted in some really fascinating research. Many of these contributions have moved far beyond the contribution of the SCAD database and demonstrated what can happen when you tear down the firewalls surrounding data and open it for use toward enhancing the public good. SCAD data underpins analysis on topics ranging from the effects of cell phones on violence to the role winning national team football matches has on ethnic self-identification.

One exciting aspect of this project being housed at DU is the fact that Korbel students have the opportunity not just to gain a great education about world affairs, but also attain applied data oriented skills that give them competitive edge when they hit the job market (and including your involvement on a grant funded internationally recognized project on your CV isn’t too shabby either). Skills in data management and content knowledge have provided a springboard for DU students to market themselves after graduation. For example, Richa Bhatia, who is now an analyst with the US Department of Defense, reports that as a DOD Minerva Project funded endeavor, SCAD helped get her foot in the door for interviews with potential federal government employers.

Additionally, one can really gain some intimate knowledge of a region when their combing through media coverage of social conflict events in that area. So as students are analyzing, coding, and managing data, they’re also gaining deep substantive knowledge on a social conflict in a specific geographic location. To enhance the somewhat tedious task of culling and entering information, those involved in the project have the opportunity to bid on countries that they find interesting and/or relevant to their area of research. One of the first coders on the SCAD project, Jennifer Williams, who’s now the Deputy Foreign Editor at Vox, had the chance to code data for Egypt. This comprehensive content culling for SCAD provided fertile ground on which to grow her knowledge for her honors thesis: “External Financing and Extremist Group Viability: A Human Capital Perspective on Egypt’s Al-Gama’a and Islamic Jihad.”

PhD candidate and former Sié Center research fellow, Jonathan Pinckney, worked on SCAD both as a coder – reading newswire articles and transforming the information in them into lines of data – and as a supervisor – managing the work of the student research assistants and troubleshooting day-to-day problems in the coding process. For him the best parts about working on the project was “getting to learn so much about the political dynamics of particular countries and working alongside a world class scholar like Dr. Hendrix, which was both a tremendous privilege and an incredibly rewarding experience.” Jonathan is planning on using his strong data skills in his new role as a postdoctoral research fellow at Norwegian University of Science and Technology. At NTNU he’ll be working on the “Anatomy of Resistance Campaigns” project; an effort to build the scholarly understanding of the organizations and social groups that participate in resistance movements.

However, involvement on the SCAD project isn’t all publication-induced academic glamour; it takes a lot of time and dedication to code data. The daily grind inherent in data coding and management takes a specific personality type that involves discipline, nuance, and a certain contextual understanding. One of those discerning individuals, Jonathan Pinckney, cited “quantitizing” qualitative information as a challenge that he faced while involved with the project. He states “any data collection effort involves translating the complexities of reality into simple, consistent numerical coding. Dealing with events that are unexpected, or weren’t anticipated in the original coding scheme is thus always one of the most challenging things about working on this kind of project.”

Another challenge involves the complicated nature of creating a database that relies on material that is inherently based on varying perspectives and subjective vantage points. Exemplified by Dr. Hendrix as the Rashomon effect, this challenge involves the many (and often differing) ways in which people experience a certain event. Having to depend on information generated in this murky space that involves the imperfect process of human observation inserts a certain degree of bias to the information that comes across a SCAD coder’s computer screen. That’s why proper discernment and judgment are so important for the grad students who are examining these accounts. This, however, is tempered by a detailed codebook intended to ensure interrater reliability among coders and facilitate consistency with those using and interpreting the data.

Developments on the Horizon

In the coming years SCAD will continue to be maintained and updated. The research team is also working with a librarian who will help get the data hosted on a SQL server. This will serve to enhance the scalability of the project as well as provide an opportunity to generate data visualizations in the future. This year Dr. Hendrix is leveraging SCAD’s bevy of data points to explore more nuanced insights about repression and uncover connections between climactic conditions in Africa and social conflict. Be sure to stay tuned for his upcoming research publications as well as articles using data from SCAD!